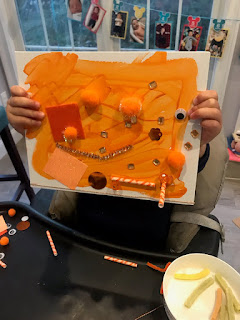 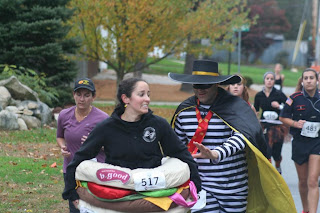 Sent from my Verizon Wireless BlackBerry
Posted by Bethany + Ryan at 10:43 AM 76 comments:

On Sunday 9/30/12, at the Smuttynose Rockfest Marathon in NH, I finally got that BQ I had been looking for all year! Before I talk about how INSANELY lucky I got that Boston 2013 was still open, let's talk about this year's failed attempts and what was different on Sunday.
I wanted to re-qualify for Boston 2013 at Boston 2012 but with the temps in the upper 80s, I realized a 3:34:59 would be impossible and stupid to even try. I tried again at the Providence Marathon in the beginning of May but ended up running 3:41:00. After Providence I accepted that fact that I would not be running the Boston Marathon in 2013, but then I decided to give it one more shot so I signed up for the Around the Lake Marathon in Wakefield, MA. Didn't happen there either.
Luckily, I signed up for Smuttynose back in the spring with hopes of qualifying for Boston 2014. I wasn't even thinking about 2013 because I figured the race would be sold out already. You can imagine the pressure I felt when I learned I would be (unexpectedly) getting ONE more chance at qualifying for 2013. A chance that I never saw coming and never thought I'd get. The opportunity was just too perfect to pass up. Yes, I was going to try and BQ for 2014 anyway, but once I learned that Boston 2013 was STILL open, it just made things more real/scary.
I ended up running 3:33.04 and I managed to run dead-even splits the entire way. My second half was a few seconds faster than my first half, but for the most part all my splits were even. This was my 2nd fastest marathon and my 5th BQ. As some of you know, I LOVE racing with a pace bracelet and I HATE racing with my Garmin. After Sunday's race, I can say with 100% confidence that as long as I live I will NEVER EVER try and qualify with a Garmin again. I can't even tell you the peace and relaxation that pace bracelet brought me.

Here's a list of what worked well for me at Smuttynose:

1.Training. I didn't do as much running as I've done in the past, I averaged around 35-38 miles a week. It was all the work I did at the gym that was my secret weapon. I worked out with a trainer 2x a week doing all sorts of crazy hard drills, mostly for my legs using weights, the agility ladder, TRX, etc. I actually wasn't able to run fast during the week because my legs were so sore, probably not a good thing but it worked out for me.

2. Pace Bracelet. I always knew my TRUE PACE. No one cares what your pace was for 26.4 miles, it's the 26.2 miles that count. I hate looking at my average pace and seeing a faster number than I
get credit for. I also hate thinking I'm at mile 19.9 when really I'm at mile 19.6. And I hate looking at my watch 50x per mile. The pace bracelet is just so relaxing to me and, in my opinion, it's more accurate. I can also evenly pace myself though, so that's probably another reason why I like the pace band so much.

3. GenerationUCAN. Most people have never heard of this before...it's the drink that Meb uses. It uses slow release technology so there's no sugar spike and crash like other products. Ryan has sworn by GenUCAN for years, but for some reason it took me awhile to try it. I've used it about 7 times now and each time I had a strong run and times way faster than I expected. I should do a whole separate post on this stuff, it's amazing!

4. RYAN. OK, so Ryan should be #1, not #4. He was so supportive and never stopped believing in me. A few nights before the marathon he had me sit and watch motivational/inspirational videos on YouTube, lol. He even downloaded the top 100 pump-up songs for me and prepared a pre-race pep talk. Throughout the race I kept visualizing his face when I told him I BQ'd. Ryan also ran the marathon, he finished in 4:17:00. Waiting for him after the race was so hard!!!!! But his face made it all worth it :-)

5. Karmin. Not familiar with them?? Click HERE. I had lots of music on my ipod but 2 of their songs really kept me going. "Just Saying," and "Hello." Honestly, I listened to "Hello" on repeat from mile 17-23. True story!! It was just working well for me so I kept replaying it.

6. Sparkleskirts. Have you heard of sparkleskirts? If not, you are missing out. I own 7 of these babies and they do NOT ride up. Aside form that, they have 3 HUGE pockets which hold all your food. I wore my bright pink and glitter sparkle skirt, it's my favorite! I can't explain it but those skirts make me SO happy. I checked out my reflection in every car I ran by. I love the way the skirt moves when I run. Check out Sparkleskirts HERE.

7. Mom and Dad. I can't explain it but there's just something about seeing your family mid race. My parents surprised me by showing up at the marathon. I saw them at mile 3, 11 and at the finish. Running past them at mile 26.19 and giving them the thumbs up and saying "I made it," was by far the proudest moment of my life. It was SO cool to qualify in front of them and it was awesome to see their excitement.

I signed up for Boston about 30 seconds after I finished the race. I'm still waiting to hear back about my acceptance but it should be fine. Thanks to everyone who believed in me!
Posted by Bethany + Ryan at 3:35 PM 10 comments:

RnR Providence Recap and an Exciting Event for Local Ladies!

This past Sunday I ran the Rock n' Roll Providence Half Marathon. The race was much better than last year from the weather to the bands to the organization! The weather was nice and cool in the am, so cool that my teeth chattered for a few minutes when I got out of the car. I didn't really know what to expect for a time; wasn't sure what kind of shape I was in. I was hoping to be able to run sub 8s but I honestly had no clue. I forgot about the hills in Providence, they weren't too bad, but since I rarely run hills (gasp) they felt pretty big to me!
I started off in corral 1 and found my grove right away. My first mile was 7:43, a little faster than I wanted but I thought "eh, just see what you've got and stay with it." I did NOT wear my Garmin, as I feel I run faster without it. I felt a lot better than I expected too and I never really got tired when I thought I would. I felt good but didn't want to push and harder because I had A LOT of glute soreness from a workout on Thursday. I ended up running 1:41:40, 7:42 pace. I loved the course because I got to see Ryan twice during the race. I also loved my outfit from the race. Have I told you lately how much I LOVE SparkleSkirts?? I have 7 of them now. They really are the only skirts (and shorts for that matter) that don't ride up on me! You can check out SparkleSkirts HERE. I was quite pleased with my race and now I feel like I am exactly where I want to be in terms of my speed. Anyone else run Providence? Looking forward to next year!

Any local ladies running the ZOOMA Cape Cod Half Marathon or 10k on September 22nd? They just announced a new and fun opportunity the night before the races, ZOOMA Cape Cod Mocktail Hour sponsored by Hint. The event is open to anyone running either race and will take place at the poolside bar at the Sea Crest Beach Hotel in Falmouth, MA., from 7pm-8pm. You do need to RSVP so if you are running the race and will be in town the night before, be sure to check it out!!! Go HERE for more information and to RSVP. Hope to see you there!!!
Posted by Bethany + Ryan at 9:47 PM 3 comments: 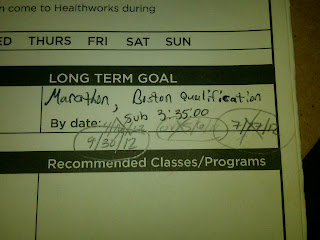 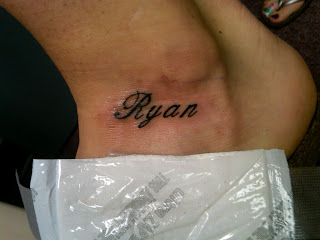 Never thought I'd get a man's name tattooed on my body! Got this tat on Monday. I still can't believe it, I can't stop giggling about it. Ryan knew I was going to do it but I don't think he really believed me until I did it! And no, Ryan will NOT be getting a "Bethany" tattoo!! :-)
Sent from my Verizon Wireless BlackBerry
Posted by Bethany + Ryan at 9:03 AM 4 comments:

Exciting news! ZOOMA is expanding!! Currently, they offer races for women in Texas, Annapolis, Great Lakes and (just added this year) Cape Cod. On Thursday, ZOOMA will announce their NEWEST location! Maybe it will be near you! Watch the video below, it's really cute!


Think you know where ZOOMA is planning their next great race?? Go to ZOOMA's blog HERE and tell them your guess. Just for making a guess you will automatically be entered to win a free swag bag from the new location!

In case you forgot, I am an ambassador for ZOOMA Cape Cod, half marathon and 10k for women. The race will take place on 9/22/12 in beautiful Falmouth, MA. You can sign up with coupon code CCAMB7 to save $10 off the half or $5 off the 10k. Women's races rock! And it will be SO nice to get a tech shirt that actually fits! I'm looking forward to getting the finisher's necklace and wine! You can register HERE. Hope to see you there! Let me know if you have any questions! 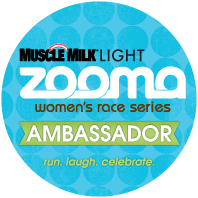 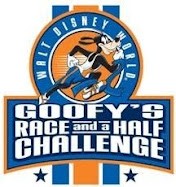 Bethany + Ryan
We met in high school but didn't start dating until after our freshman year of college. Ryan is a structural engineer who went to Brown and Bethany is an American Sign Language Interpreter who went to Northeastern. We got engaged at the Boston Marathon in 2009 and got married in May 2011. We live in Boston, MA. Oh yeah, and we LOVE to run! preferably together! If you're ever in town, feel free to shoot us an email at ryan.couto@gmail.com, and we'll take you on a running tour of the city! Also, follow us on Twitter @ OurLoveOnTheRun